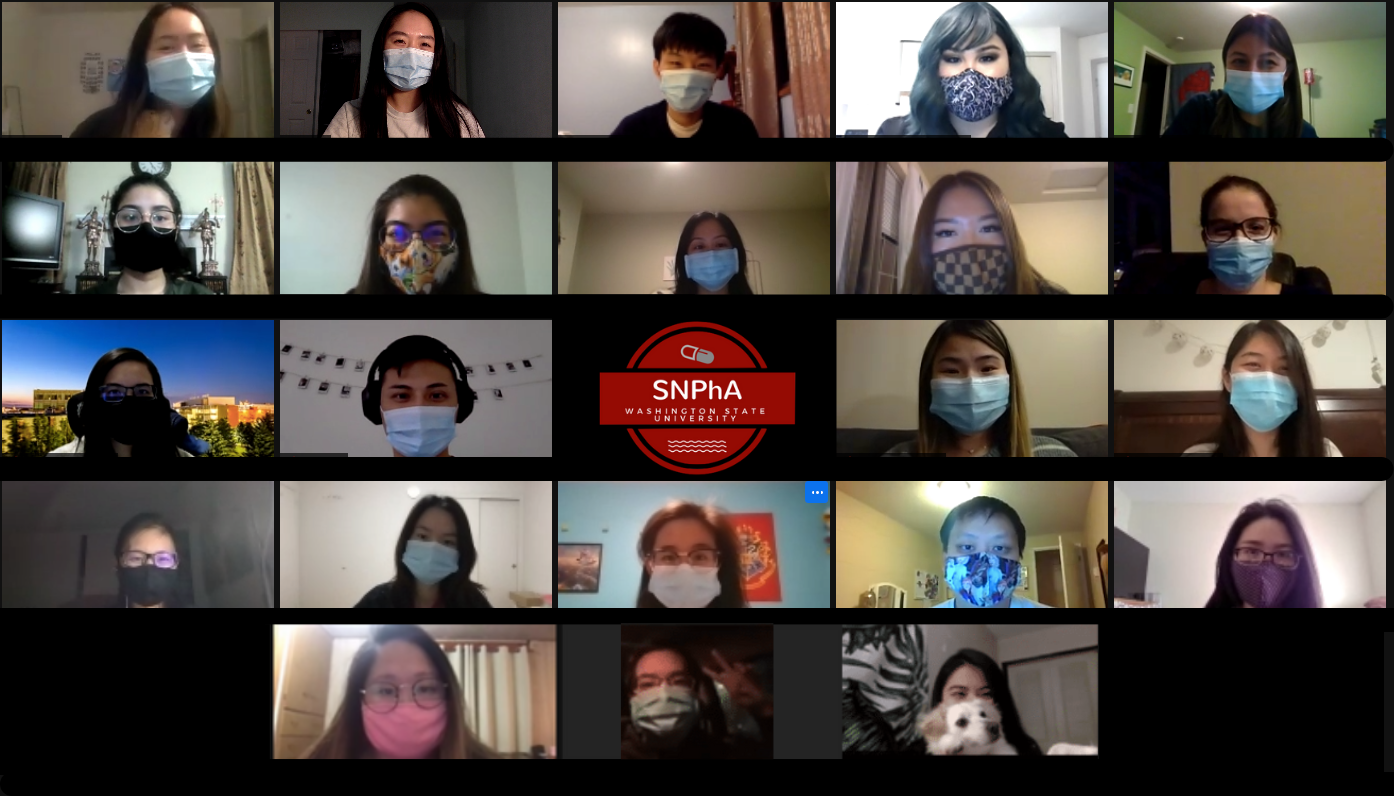 Student organizations allow current pharmacy students to get involved with their peers making an impact on their communities both within Washington State University and the areas that surround them. This summer, one such organization, the WSU Spokane chapter of the Student National Pharmaceutical Association (SNPhA), was recognized for their service during the NPhA/SNPhA 2021 Virtual Convention.

The WSU Spokane SNPhA chapter has 68 members who give their time to present educational events ranging from educating students about specific disease states to cultural competency and awareness. The group’s recent Prescription for Service Project was selected as a finalist in the national competition. For the project, “StARSS: Students Advocating for the Rights of Sexual Assault Survivors,” students fundraised to purchase clothing kits which were distributed to sexual assault survivors in the Spokane area in partnership with Lutheran Community Services. As part of the project, the Spokane SNPhA members also presented a Sexual Violence Prevention and Education seminar to WSU Spokane pharmacy, nursing, and medical students.

This group of dedicated pharmacy students was chosen for the national SNPhA Chauncey I. Cooper Excellence Award in the large chapter category as well as four top National Initiative of the Year Awards.

Named for the founder of the National Pharmaceutical Association (NPhA), the Chauncey I. Cooper (CIC) Excellence Award is the highest recognition given to SNPhA chapters. The purpose of the award is to recognize those chapters which through their activities promote the SNPhA goals through community outreach and serving underserved and minority communities.

“I believe that serving underserved communities and advocating for underrepresented groups is vital and impactful to our education, and it will only make us better health care providers,” said Jackie Labonite President of WSU Spokane SNPhA chapter.

The WSU Spokane SNPhA chapter also received National Initiative of the Year Awards for their efforts under the following four categories: