Mark Leid’s love for Washington State University began 42 years ago. As the new dean for the WSU College of Pharmacy and Pharmaceutical Sciences, Leid joins the University following 28 years at Oregon State University, serving in a myriad of roles from Associate Dean of Research to Interim Dean of the OSU College of Pharmacy. However, his roots originate from a small farming community of Waitsburg, Washington; population: 1,217, just a half-hour drive from Walla Walla. Leid’s vision and mission for the college are integrally tied to his upbringing in rural Washington. Pharmacy and research were never part of the life plan, but dreams of becoming a Division 1 football player and following his then girlfriend to the WSU College of Pharmacy, led him on an unlikely path to a lifelong career as a pharmacist and researcher. It was in his third year in the college that he met WSU professor Tom Murray, a nationally recognized researcher in pharmacology, who ignited his passion in pharmacy. “That’s when I fell in love with pharmacology. I was totally consumed by it and loved it,” said Leid. 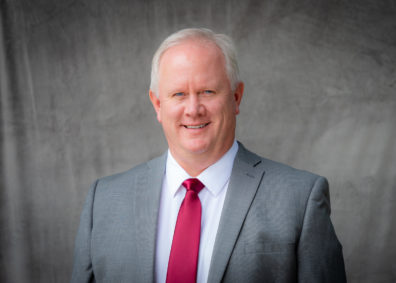 Fast forward 38 years later, and Leid finds himself at the helm of the same college that launched his career, navigating through the twists and turns caused by the COVID-19 pandemic even before his tenure began. Despite uncertain times, Leid remains steadfast on the long-term vision and mission for the college: to help underserved populations with access to health care, teach students to be independent thinkers, and ensure that a quality education in pharmacy can still be affordable.

Leid sees himself as a collaborative leader. In making tough decisions, he absorbs as much information as possible to lead him to the optimal outcome. “I like to build consensus, which is not the same as making a unanimous decision. There’s always dissent on any chosen path,” said Leid. “I’m a data driven person and a scientist and I try to make the best decision based on the information that I have.”

Leid’s personable approach is not only evident in his leadership style, but also manifested in his teaching career and the conversations he has had with students, faculty and staff over the last two months.

“My philosophy as an educator is similar to the philosophy I have as a parent: to create independent thinking students,” said Leid over a Zoom interview, “I don’t want students to parrot back what we say. We need to give students the tools to not only understand information that they need to know today, but also to be able to integrate new information 10 to 20 years into their careers, as pharmacy, science and medicine evolve.”

We need to give students the tools to not only understand information that they need to know today, but also to be able to integrate new information 10 to 20 years into their careers, as pharmacy, science and medicine evolve.

Though the pandemic has impacted students, faculty, and staff in all facets of their personal and professional lives, Leid remains optimistic. “Adversity creates opportunity…I’m not minimizing the public health crisis that we are facing. This is an epic crisis that affects families, governments, industries, and businesses. It’s a terrible crisis on so many levels. But if you look at what we can do to save the planet, there are a lot of options for us. Our response during this time is going to define the profession of pharmacy going forward.”

When asked why he aspired to be dean of the college, Leid replied, “I’m here to make a difference for students, faculty, staff, alumni and the state of Washington…The level of competence at WSU is impressive. My job is to figure out how I can best help people to continue on this upward trajectory. I am exactly where I need to be.”