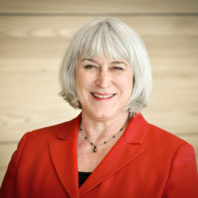 The award will be presented at Experimental Biology 2019, a conference that brings together five national scientific societies, and $100,000 over two years to be used in support of Meier’s research. The awards ceremony will occur on April 6 at the Orange County Convention Center in Orlando, Florida.

A leader in research and academia, Meier has received international acclaim for her work on omega‑3 fatty acids. Meier submitted a proposal to investigate the impact of free fatty acid receptor agonists (which include omega‑3 fatty acids) on the activity of growth factors, with implications for treatment of cancer and inflammatory conditions.

Meier’s work in deepening our understanding of health and the onset and progression of disease is an example of how faculty‑led research at WSU is receiving national recognition from the scientific community for contributing to the pursuit of healthier people and populations.

The David Lehr Award was created to support American Society for Pharmacology and Experimental Therapeutics (ASPET) members whose research may contribute to pharmacologic knowledge focusing on advancing human health care. The award committee noted that the proposed research would build upon previous discoveries within Meier’s lab and provide preliminary data for future NIH grant submissions.

In 2018, Meier was elected as a Fellow of the American Association for the Advancement of Science. She serves as editor‑in‑chief of the ASPET journal, Molecular Pharmacology, and has been a member of ASPET since 1994.