SPOKANE, Wash.—Tory Knebel, a student pharmacist at Washington State University (WSU), was appointed to a two-year term on the Student Leadership Council for the National Community Pharmacists Association (NCPA). The WSU College of Pharmacy has sent nine students to serve in this national leadership role in the last nine years. 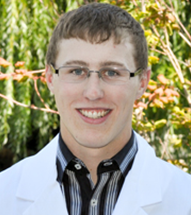 “I was drawn to NCPA because of my professional goal to own and operate an independent community pharmacy,” Knebel said. “After becoming the president of our student chapter, I decided I wanted to become more active at the national level. Pursuing the Student Leadership Council was the best way to achieve this goal.”

Over the next two years Knebel will be representing NCPA student chapters in Alaska, Arizona, California, Hawaii, Idaho, Nevada, Oregon, Utah, and Washington. His role includes reviewing chapter midyear and end-of-year reports and providing feedback to the chapters. He will also participate in determining Chapter of the Year Awards to be announced at the NCPA Annual Convention.

“Each spring I will participate in a leadership retreat at the NCPA Headquarters in Alexandria, Virginia, and each fall I will attend the NCPA Annual Convention. I also have the opportunity to travel to schools in my region to present on community pharmacy and NCPA,” Knebel said.

Knebel is in the pharmacy class of 2019. He is from Pomeroy, Washington, and completed his undergraduate coursework at WSU in Pullman. After graduation he plans to remain in the Pacific Northwest to pursue running his own community pharmacy.