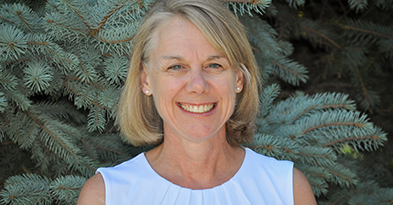 SPOKANE, Wash.—Brenda Bray, a faculty member in the Department of Pharmacotherapy at the Washington State University (WSU) College of Pharmacy, has been promoted to the rank of clinical professor, effective July 1, 2017.

Bray is a registered pharmacist and pharmacy preceptor. She received her pharmacy degree from Washington State University and a master’s degree in public health from the University of Washington. Bray has been affiliated with the College of Pharmacy since 1990 and joined the faculty as a clinical assistant professor in 2005. She has served as chair of the Pharmacy Assessment Committee and has directed the college’s assessment program since 2007. In 2016, Bray was appointed as the assistant dean for assessment and accreditation. In this role she coordinates and supports the college’s competency-based assessment program including computer-based testing, assessment support for all college units to ensure Accreditation Council for Pharmacy Education (ACPE) standards are met, and evaluation of the WSU College of Pharmacy strategic plan.

“She is a very effective teacher and mentor, a very well respected scholar in the areas of pedagogy and assessment, and a nationally recognized expert via her leadership role in educational assessment. We are very fortunate to have her in our ranks,” said John R. White, chair of the pharmacotherapy department.

Bray teaches Pharmacy 559: Quality Assurance and Patient Safety, and supports teaching and learning with simulation (manikin-based and standardized patients) in all of the applied patient care labs. She also precepts first-year and fourth-year student pharmacists on rotations and in other clinical settings.