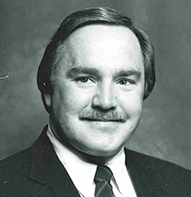 Washington State University is preparing the pharmacists of the future who practice at the top of their education to meet the expanding health care needs of patients today and tomorrow. From promoting individual health and wellness to promoting healthy communities and populations, WSU is at the forefront of pharmacy education that is defining a new role for the pharmacists as part of the health care team.

Campbell has set an example of what one person can do to impact the quality of life for so many living with a chronic disease state, specifically, diabetes. Campbell has also done a lot to raise awareness about the importance of the pharmacist’s role in diabetes.

“Pharmacists can do more than count and pour,” says Campbell.

Campbell grew up in Spokane Valley, Washington. He attended Washington State University in Pullman, and graduated with a degree in pharmacy in 1964. Campbell returned to Spokane and got a job managing the pharmacy at a medical clinic. He was then hired by Dean Allen I. White at the WSU College of Pharmacy in 1968. 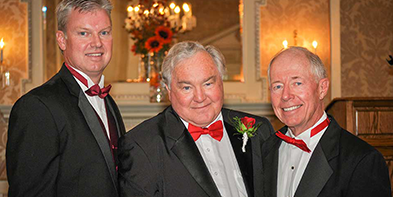 Officially retired from teaching in 2013, Campbell has served over 45 years at WSU in a variety of roles, including program administrator, professor, director, student advisor, and several years as associate dean of student services. Over the course of his tenure Campbell had over 700 publications, the majority focusing on diabetes education and the pharmacist’s role in chronic disease management.

Campbell visited the University of California, San Francisco in 1968 to see how their program worked. He was assigned to go on rotations with Dr. Peter H. Forsham, who was director of the Metabolic Research Unit at the time and a world-renowned researcher in endocrinology and diabetes. Campbell and Forsham had something in common: both had been diagnosed with Type 1 Diabetes before the age of 10. Campbell gained valuable exposure to the clinical rotations model, and this experience helped to mold the WSU clinical pharmacy curriculum.

In 1969 the WSU pharmacy program implemented its first experimental “rotations model.” That same year Campbell served on the committee that was responsible for enacting the continuing education requirement for pharmacists in the state of Washington.

After 1969, rotations moved from encompassing eight weeks of the curriculum to a full year, and by the 1970s, clinical rotations were being rapidly adopted all over the country.

Campbell served as the director of continuing education for 28 years, developing programs for professional pharmacists. During this time Campbell was writing a lot on continuing education for pharmacists, which was mainly focused on managing chronic disease states, the most common being diabetes. Being a clinical pharmacy educator with diabetes himself made Campbell specifically qualified to step into diabetes management education.

“At eight years old I was told: You will be blind by 30 and dead by 40,” said Campbell. This has translated into a passion for diabetes care advocacy.

During the 11 years he served on the advisory board to the national Diabetes Research and Education Fund he was able to bring many diabetes research grants to the state of Washington. He was asked to present on diabetes and natural medicine options during grand rounds for the University of California San Francisco at Moffitt Hospital, and gave the keynote address on the use of insulin pumps to the Hellenic Endocrine Society in Athens, Greece.

Campbell was the first pharmacist elected to the board of directors of the American Diabetes Association. He was one of the 17 founding members of the American Association of Diabetes Educators, and has served on their board as well. Campbell has received national recognition awards for impacting the practice of pharmacy (Paul Parker Medal) and diabetes care (Outstanding Health Care Educator in the field of Diabetes), and received such honors as the Distinguished Service Award from the Diabetes Educators and the Outstanding Pharmacy Administration Professor from the NCPA. He was the first recipient of the Outstanding Alumnus Award from the WSU College of Pharmacy, and received numerous teaching awards from WSU and the College of Pharmacy students including the student-nominated Teacher of the Year on four occasions.

This year, Campbell is being recognized by the Washington State Pharmacy Association with the Bill Mueller Outstanding Mentor Award for his years of service and leadership, especially in the fields of pharmacy and diabetes.