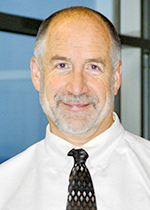 Coffee and energy drinks recently went head to head in a clinical trial at Washington State University (WSU) Health Sciences in Spokane, in order to determine if there was any difference in caffeine absorption in the body.

“Concerns have been expressed that energy drinks consumed rapidly provide a dangerous jolt of caffeine,” said John White from the College of Pharmacy, who was the principal investigator on the study. The research team included health sciences faculty from the WSU Colleges of Pharmacy, Medicine and Nursing.

White has served as an expert witness in regard to the pharmacokinetics of coffee to an array of government agencies and legislative bodies, some of which were attempting to restrict the availability of energy drinks without any supporting science that demonstrated a need to do so. Since there wasn’t an official study comparing coffee to energy drinks, or studies on the rate of consumption or hot versus cold, White submitted a proposal to the American Beverage Association (ABA) in order to conduct one. As a result, the ABA granted WSU $263,000 for a clinical trial.

They wanted to see if there was statistical significance in caffeine absorption rates between the two beverage options. The team compared coffee to energy drink, hot to cold, and rapid to slow consumption rates. Essentially, they wanted to see if you would get a higher, more rapid peak caffeine level if you slammed your coffee cold, as opposed to slowly sipping your coffee hot. They also compared coffee to energy drinks to address the concern that, ounce for ounce, rapidly consumed energy drinks provide a greater “jolt” of caffeine concentration in the body. 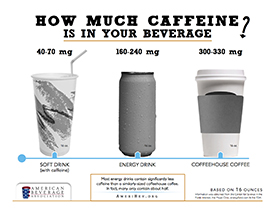 The study used a standard dose of 160 mg of caffeine. “This represents the ‘middle of the road’ amount of caffeine available in beverages on the market,” said White.

The verdict? According to their findings published in the journal Clinical Toxicology this April, “caffeine exposure was very similar between the five conditions studied,” and “would not be expected to result in clinically significant differences in effect.”

Further, the differences between absorption rates in men and women closely followed differences in body mass, so it could be said that pound for pound of person, and ounce for ounce of caffeine, the effect is relatively the same.

The WSU study is the first published comparison of the caffeine exposure after consumption of coffee versus an energy drink and the impact of temperature and rate of consumption.

Variables not evaluated in this trial in regard to caffeine pharmacokinetics included the potential compound effects of beverages containing sugar, the differences in higher concentration to lower volume of caffeine in certain beverages or supplements and beverages that contain other non-caffeine constituents (alcohol or B vitamins, for example).

This study specifically measured concentration of caffeine in the body, not effects of caffeine on the brain, which varies between individuals depending on two major factors: how fast a person metabolizes caffeine, and the individual’s genetic array of caffeine receptors in the brain, said White.

The ABA is funding a follow up study that has sent the research team back to the data they collected to look at how it relates to the genetic information of the individuals. Over the next six months, they will be evaluating to see how genetics effect whether a person has a “slow” or “fast” caffeine metabolism.

“Our goal is to further the understanding of the metabolism and effects of caffeine,” said White. “Specifically, the genetic differences in metabolism and effect between individuals. We would also like to investigate the prescription drug or caffeine interactions potentially caused by the components of commonly consumed energy drinks.”