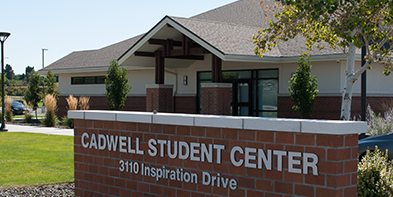 Since 1891, educating outstanding pharmacists and leaders in pharmacy practice has been the core of what the WSU College of Pharmacy does. Our Doctor of Pharmacy (Pharm.D.) program today emphasizes patient-centered care, drug therapy and disease state management, and interprofessional health team collaboration. Beginning in the fall semester of 2015, the College of Pharmacy opened an extension location for the Pharm.D. program on the Pacific Northwest University of Health Sciences campus in Yakima, Washington. This collaboration gives opportunities for WSU student pharmacists and PNWU students of osteopathic medicine to learn to care for patients as a health care team.

The College of Pharmacy established a presence in Yakima in the 1990s as a practice site for WSU student pharmacists completing their fourth-year Advanced Pharmacy Practice Experience (APPE) rotations. The last year of pharmacy school is dedicated to six rotations, much like the way medical students complete clerkships in their third and fourth years of medical school. For the past several years Yakima has also been a location for Introductory Pharmacy Practice Experiences (IPPE) that student pharmacists begin after their first year. Pursuing a pharmacy education in Yakima is expected to particularly appeal to students interested in providing health care in rural and underserved areas after graduation.

The college has 65 practicing pharmacists in Yakima who are trained and certified as preceptors to supervise student pharmacists during pharmacy practice rotations at approximately 24 local practice sites. Students gain a variety of hands-on pharmacy practice experiences during their professional education including rotations within a variety of settings: hospital, clinic based, community, and ambulatory pharmacy.

In 2015, the college recruited 30 outstanding students to pioneer the extension of pharmacy education in an active-learning and outcomes-based format. This May marked the successful completion of the first year of pharmacy instruction based in Yakima, and we are expecting up to 40 additional student pharmacists to begin the program in August. These self-described “pharmaneers” are now helping us to reimagine what pharmacy education at a partner location looks like.

“This advanced model of education prepares future physicians and pharmacists to work as a team providing primary care as efficiently and close to home as possible. This is a smart model for the future of health care. It supports the nation’s health care reform goals of better health and better health care that is delivered with lower costs,” says Pollack.

The initiative to extend the Pharm.D. program to Yakima supports the WSU land-grant mission to increase access to education and access to care across the state. WSU has a long history of preparing outstanding pharmacists and pharmaceutical scientists, and the College of Pharmacy is committed to preparing pharmacists to not only enter the practice of pharmacy today, but to lead the changes in the practice of pharmacy that are certain to come tomorrow. The college’s accreditation review and the extension of the Pharm.D. program to Yakima gave the college opportunities to assess the health care landscape across the nation and adjust the college’s professional education initiatives to better prepare our graduates to contribute to the health care solutions of tomorrow.

Gary M. Pollack, dean of the College of Pharmacy, talks about the college’s progress over the last five years on WSU’s Health Sciences Update.

Our partner location in Yakima will continue to support our goal to provide a transformative experience for our student pharmacists.

“In our case, we aspire to transform not only how students think about the world around them and their place in that world (the traditional definition of a transformative educational experience), but to catalyze their transformation from students to professionals,” says Pollack. 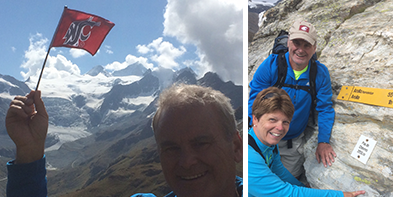 When Dennis Hoover decided to pursue pharmacy as a career, he only applied to the best: Washington State.

“WSU is the only school I considered! I’m a first generation Coug, and already know we have started a new family tradition,” he said.

He met his wife, Cris, while they were both students at WSU and were married about a year after graduation. After completing his bachelor’s degree in pharmacy in 1980, Hoover went on to complete a Pharm.D. and specialty residency in adult medicine from the University of Texas.

Originally from Puyallup, he returned to Tacoma in 1984 to work at St. Joseph’s Hospital. He started as a clinical coordinator and then served as the assistant director of pharmacy. His team at St. Joseph’s initiated comprehensive clinical pharmacy services and a pharmacy postgraduate residency program. During this time, Hoover also held an adjunct clinical faculty position with WSU. In 1992, Hoover took a position at the Yakima Valley Memorial Hospital as their director of pharmacy.

“This was a great opportunity to build a robust pharmacy program, starting with fewer than 20 staff, growing to over 75 with services spanning the continuum of care, by 2010,” said Hoover.

In Yakima, he pursued both a PGY1 residency program and a formalized teaching program with WSU. This included support of two hospital-based WSU faculty and providing clinical practice rotations for approximately 25 students each year.

Yakima may not be considered the “big city,” but it is no backwater, says Hoover. For the past seven years, he has served in the senior administrative position at the hospital for both orthopedic and cardiac services.

“Our service area at Memorial reaches over a quarter of a million Washington residents. Over the past 24 years, the pharmacy services have grown, diversified and expanded to be among the most progressive in Washington. Perhaps that is the most rewarding aspect about being in Yakima, it is small enough to be agile, nimble, and innovative, yet large enough to support a progressive and sophisticated array of pharmacy services,” he said.

While at WSU, Hoover was involved in Kappa Psi, SAPHA and AACP. He credits these leadership roles, and WSU faculty including Dean Allen White, Don Galpin, Melvin Gibson, Gary Meadows, and Larry Simonsmeier, for providing the foundational skill and experience for his future roles.

“Who could have foreseen the direction pharmacy, and where my WSU education would have taken me these past 36 years?” says Hoover. “I am gratified by having been a student at WSU in the 70’s, affiliate faculty in the 80’s and 90’s, played a key part in bringing a formal clinical training program with faculty to Yakima since the mid-90s and now having the honor to serve on the Yakima Deans Advisory Council.”

This summer Dennis and Cris celebrated their 35th anniversary. They have four kids, each who are now married and also all attended WSU, along with two of the daughters-in-law.

“A sign of good Coug parenting! We enjoy our three grandchildren, with one on the way, and no doubt more to come in the future,” says Hoover. (No pressure, Brian, Emily, Ben and Andy!)