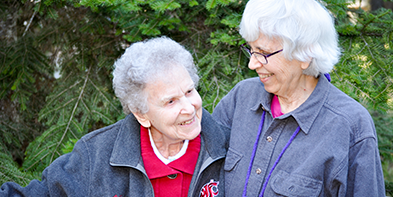 Geraldine (“Jeri”) J. Kerr was born on April 16, 1916, and grew up in Ione, Washington. She attended Washington State Agricultural College and graduated with a degree in pharmacy in 1937. Her father, Towner S. Jayne, played baseball for the Cougars and was one of the earliest pharmacy graduates at WAC, receiving his degree in 1902. Towner’s brother, Stephen O. Jayne, was student body president in 1903 and received his degree in engineering in 1904.

Pharmacy was one of the first four areas of study approved by the Washington State College Board of Regents in 1891. Beginning in the fall of 1932, the university adopted a four-year course of study for the pharmacy program, and Jeri was part of the first graduating class of the Bachelor of Science in Pharmacy degree. She also received the certificate of a pharmaceutical chemist, which was awarded for the two-year pharmacy program that was discontinued after 1938.

“Pharmacy headquarters was College Hall. I also had some classes in Wilson, Science Hall and in the Women’s gym,” says Jeri. 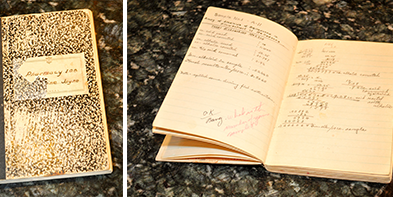 Jeri was fascinated by the experiments in her pharmacy labs, and she liked the hands-on aspects of pharmaceutical compounding. “We filled prescriptions for powders folded in paper, filled capsules and made emulsions. That was a lot of fun, I enjoyed that sort of thing,” she said.

Along with lessons in quantitative analysis, Jeri studied materia medica (which is learning the source of drugs), identification of plants, and dosages of drugs.

“I also took English. It was an underrated subject sometimes; it goes with proper communication,” says Jeri. “Communication was always very important because accuracy was important.”

Due to the rigorous course of study, students interested in the pharmacy program had to declare their major the day they enrolled, said Jeri.

“With all the lab hours you didn’t have time for anything else. It was a pretty concentrated program, I never had a free period,” she said.

This gives merit to a statement published in the Evergreen during that period that stated pharmacy students would need to be “capable of doing a great deal of hard work.”

According to a history compiled by WSU Professor and Dean Emeritus Allen I. White, the first semester of the pharmacy program required student pharmacists to spend 16 hours a week in “lectures and recitations,” with an additional eight hours a week in labs. He further noted, “That was the least demanding of the four semesters required to complete the course of studies.”

Despite the demands of class, Jeri was active in the pharmacy honorary society. And there was always time for Cougar football.

“Oh yes, football games! You always went to all the football games—basketball and track meets too. The whole school would go. At the end of the game, we would stand and sing the alma matter. If the team won, we rang the victory bell.”

Jeri was very happy to hear this was still a tradition in Pullman.

“Memories of the fall weather and the victory bell; that was always a special feeling,” she says.

Jeri met her future husband, Eldred Evans Kerr, at a WSU football game. He was studying agriculture and had a class with Jeri’s roommate.

“She introduced us and set us up on a blind date,” says Jeri. “She told me, ‘I got a blind date for you with this guy, and you better go!’”

Eldred worked as a teacher for a few years and then went back to WSU to become a veterinarian. He graduated in 1938.

After her graduation, Jeri practiced as a pharmacist in Cheney for two years. When the owner of the pharmacy where she worked died suddenly, she found herself out of a job.

“But I was planning to be married, and at that time that’s what was expected,” said Jeri. She didn’t look for another job, and was married in 1939.

Eldred worked as the first veterinarian in Newport, Washington, for several years. The couple moved to Coeur d’Alene, Idaho, but then returned to Newport a few years later.

“During that time, the longest we lived in one place was about six years,” Jeri recalls.

Eldred got a job as a federal meat inspector in Spokane. Then they moved to Billings, Mont., to Los Angeles, Calif., to Washington, D.C., and then back over to San Francisco where they settled for a couple decades. When Eldred retired in 1977 they moved back to the Pacific Northwest. They built a house outside Ione on the Pend Oreille River and lived there for about 20 years. Eldred passed away on June 22, 1999.

Jeri has three children, Donald E. Kerr, Sarah K. Mohn, and Carol J. McDonald. She currently lives with her daughter Sarah and granddaughter Lynn in Newport. She has a total of four grandchildren, seven great-grandchildren, and one great-great grandchild.

Jeri religiously follows the Mariners, and the team even sent her a birthday present this year. She celebrated at her home with family and friends. Jeri’s nephew, Bob Jayne, contacted the College of Pharmacy to let us know his aunt was coming up on a very special birthday.

“I thought it might be an untypical request, but Aunt Jeri is an untypical lady,” says Bob. To underscore his point he added, “Although she struggles with macular degeneration and is nearly blind, she recently finished an audio book on quantum physics by Stephen Hawking.”

Indeed, reading and audio books are Jeri’s favorite hobby. Religion, philosophy, science, science-fiction, mystery, she likes it all, she says.

When asked what advice she has for people hoping to live a long and fulfilling life, she laughs.