Washington State University student pharmacists used the break from pharmacy school this summer as an opportunity to gain some professional experience and chase their pharmacy career goals. They went all over the country (and beyond!) and participated in programs from international pharmacy practice rotations, to entrepreneurial business management courses, to research fellowships right here in Spokane. Many of the experiences students took advantage of were made possible by networking opportunities coordinated by the College of Pharmacy during the academic school year.

Experiences like these will allow students to practice at the top of their license as pharmacists. No matter where their adventures took them, each student pharmacist went because they wanted to better prepare for the specific fields of pharmacy practice they will pursue after graduation.

A few summer adventures are highlighted below. The students highlighted were all chosen for prestigious programs from large applicant pools of student pharmacists from all over the country. 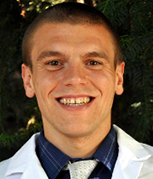 James Leonard, class of 2016, spent six weeks in May and June with the Division of Drug Information at the U.S. Food and Drug Administration (FDA) as one of his advanced pharmacy practice experience (APPE) rotations. Leonard applied for the internship after he realized an interest in drug information after working in the WSU Drug Information Center in Spokane.

As a pharmacist, Leonard wants to be involved in clinical trials. This internship helped him pursue this goal by educating him on the regulatory and development industry.

“I learned about the practice of a drug information pharmacist in both industry and a regulatory/development aspect. While I did not have direct patient care, I answered questions for patients regarding their medications and was able to calm their fears,” said Leonard. 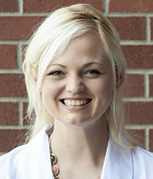 Erin McCarthy, class of 2017, spent four weeks in June on the staff of Washington Congresswoman Cathy McMorris Rodgers in Washington, D.C. McCarthy pursued this internship because of her interest in learning more about the legislative process in order to be a better advocate for pharmacy.

“The best part of my summer experience was seeing first hand how being involved in the policy procedure, regardless of the issue, really plays an impact on the direction of legislation,” stated McCarthy.

During her internship, McCarthy met and discussed H.R. 592, the Pharmacy and Medically Underserved Areas Enhancement Act, with Congressman Dennis Heck, representative for Washington’s 10th congressional district. The bill amends title XVIII (Medicare) of the Social Security Act to cover pharmacist services. After their meeting Heck decided to cosponsor the legislation.

“I not only learned about the intricate process of our legal system on Capitol Hill, but also gained valuable knowledge and experience on the importance of advocating for your profession,” said McCarthy. “If you want to see change and progression you need to take action!” 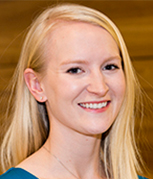 Ryan Nottingham, class of 2016, attended the American Association of Colleges of Pharmacy (AACP) meeting and teacher seminar in July alongside WSU faculty mentor Jennifer Robinson. Both attended this meeting as part of the 2015 AACP Walmart Scholars Program.

Nottingham intends to work with geriatric patients as part of an ambulatory health care team after graduation. She is interested in pharmacy education and was excited to attend this meeting so she could explore academic pharmacy as an educator, rather than a student.

“Pharmacy at its core is about educating others about medication information. Everyone who goes into pharmacy is an educator in this light,” said Nottingham. During the meeting Nottingham discussed pharmacy education practices with other professionals.

“Creating the ‘self-aware’ student pharmacist was a central theme to this year’s meeting,” said Nottingham, “helping students recognize their strengths and goals is an important part of pharmacy education.” 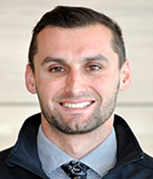 In August Derek Matlock, class of 2017, participated in the Live Oak Pharmacy Student Program in Wilmington, North Carolina. This program is a weeklong intensive training to learn about the business side of owning a pharmacy.

The lessons Matlock will remember the most were about the importance of pharmacy finance and monitoring balance sheets and income statements, he said. “This aspect of owning a pharmacy, or any business, is extremely important.”

He learned many valuable business lessons, but Matlock thought building relationships was the best part.

“I did a ton of networking, but it was more than merely networking. I built long-lasting relationships that I will have for a very long time,” said Matlock.

After completing his Doctor of Pharmacy degree at WSU, Matlock plans to work in retail pharmacy for a few years and then using the skills and lessons he learned this summer become a pharmacy owner.