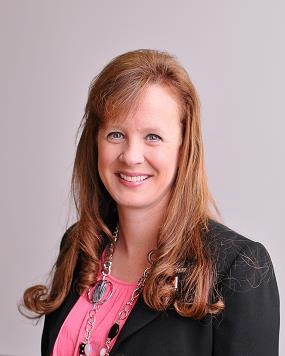 Merrie Kay Alzola, class of 1993, senior account executive, Novo Nordisk, will be the keynote speaker at the commencement ceremony of the Washington State University (WSU) College of Pharmacy and Pharmaceutical Sciences (CPPS) on Thursday, May 2.

“Merrie Kay’s devotion to the profession of pharmacy is phenomenal.  She is committed to identifying opportunities for student pharmacists to network and build relationships with alumni and other thought leaders.  A shining example of how Cougar pharmacists give back to the college, I am excited to have her speak at commencement.” said Linda Garrelts MacLean, vice dean for the college.

Merrie Kay completed her pharmacy degree at WSU before going on to work for Fred Meyer Pharmacy for over 20 years. While there she served in a variety of roles including pharmacist, manager, regional supervisor and director of sales and operations. In 2014 she joined Novo Nordisk, a global health care company committed to discovering and developing innovative medicines to help people living with diabetes and obesity lead longer, healthier lives. She is currently a senior account executive with the company, working to ensure patients have access to medication options to improve their quality of life. Her focus is on working with health plan providers and employers to make sure patients have access to educational resources and appropriate treatment options to help control their condition and improve outcomes.

Merrie Kay consistently involves herself in the pharmacy community by serving on multiple pharmacy and health care advisory boards.  She has been a member of the dean’s advisory council for CPPS since 2004 and currently serves as chair. She is actively involved in the Washington State Pharmacy Association (WSPA) and served as president in 2009. As the vice chair for the board of the CougaRx Nation pharmacy alumni community, she is instrumental in identifying ways for the CPPS alums to be involved and engaged with the college and our students.

Merrie Kay Alzola’s selection as the commencement speaker for pharmacy maintains the college’s practice to bring thought leaders to campus. Her record in pharmacy shows a dedication to the college’s mission to lead in advancing, promoting and protecting human health.

Full details on the WSU College of Pharmacy commencement ceremony can be found online at http://www.pharmacy.wsu.edu/commencement.